Louis Vuitton and World Rugby have collaborated to deliver a very special project for Rugby World Cup 2015 and an event that promises to be a record-breaking global celebration of rugby and its character-building values.

World Rugby Chairman Bernard Lapasset said: “The Webb Ellis Cup is the most coveted prize in rugby and one of the world’s most iconic trophies. It is a symbol of unity, enjoyment, participation and excellence and that is why it warrants a custom-made case to capture its prestige. We are excited about our collaboration with a fashion house as renowned as Louis Vuitton and delighted with the stunning, modern classic case.”

“We are very proud to be supporting Rugby World Cup 2015 — all the more so because this partnership holds great meaning for us. In fact, the similarities between the history and values of Rugby and those of our Maison are such that this partnership could have been formed years ago. Ours is a house that places the utmost importance on proximity and human relationships. An atmosphere of teamwork and collaboration, and a genuine spirit of solidarity are the keys to our success. And then there are Louis Vuitton and William Webb Ellis: theirs are the stories of heroes, of commitment and excellence. Both men shared the same winning spirit. A century and a half later, for the 8th edition of Rugby World Cup, these two heroes have finally come together to let us experience an exceptional moment,” explains Michael Burke, Chairman and CEO of Louis Vuitton. 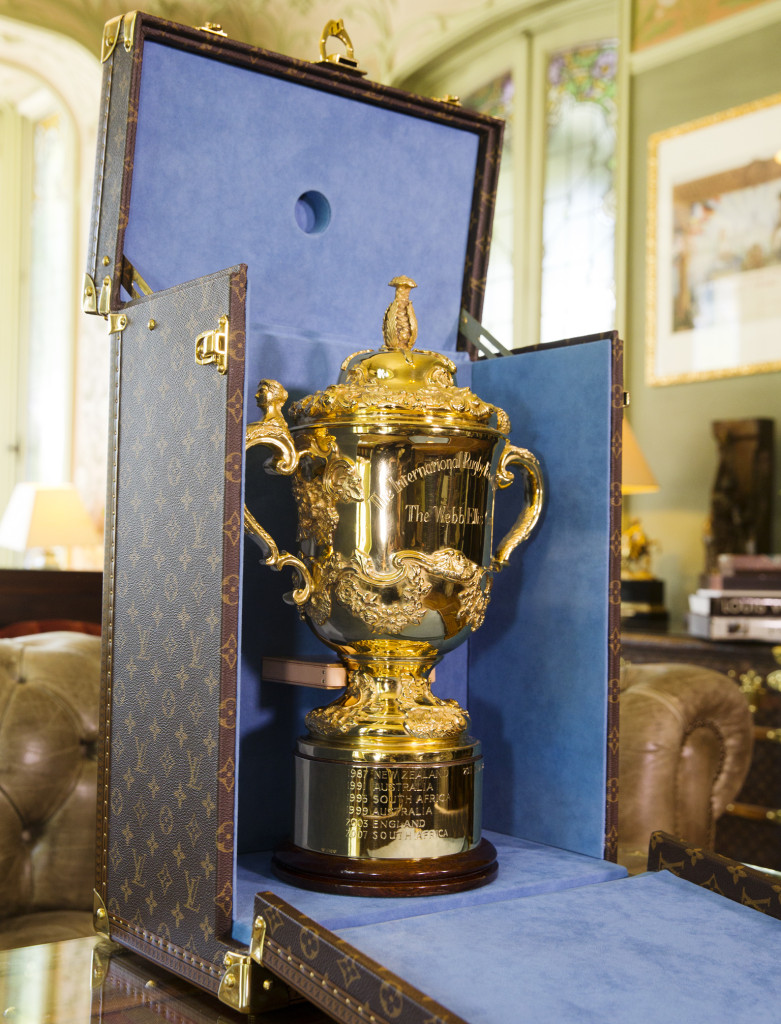