The future of the club culture according to Red Bull

Under the Amsterdam Dance Event-flag the five senses –hearing, seeing, feeling, smelling and tasting –will be connected through modern technology on Thursday the 20th and Friday the 21st of October 2016. Red Bull is collaborating with a, for this event only created team by BYBORRE existing out of experts per sense. The result was a two impressive all senses diner ending in a club night, the ADE Red Bull at Night Playrooms of 2016.

BYBORRE
Red Bull asked the Dutch textile studio BYBORRE from co-founder and innovator Borre Akkersdijk to experiment with the five senses during Amsterdam Dance Event (ADE), technology processed in fabrics and accessories and the effect the combination of these elements have on the future of the club culture. The studio did not do this alone: just fort his event they collaborated with the Amsterdam dance scene legend Mr. Wix and a team of international artists, cooks and scientists.

Red Bull at Night Playrooms
During Red Bull at Night Playrooms guests will be encouraged to let go of the world around them- to turn off their phones and smart watches- and fully focusing on relying on their senses. Through a bracelet with a build in sensor all the senses will be measured throughout the whole night. Due tot his measurement one is able to see which senses were triggered at what time, this way de host can play in on the experience of the visitor – science that will influence the future of the club scene. This way it becomes clear on which songs the guests have danced on most, or when someone goes to the bar. The most outstanding moments will be shared with the guests afterwards and saved in order to remind them with a personal memory in the future but also to anticipate on the results. More information on how this is all realized can be read at the end of the release per sense. 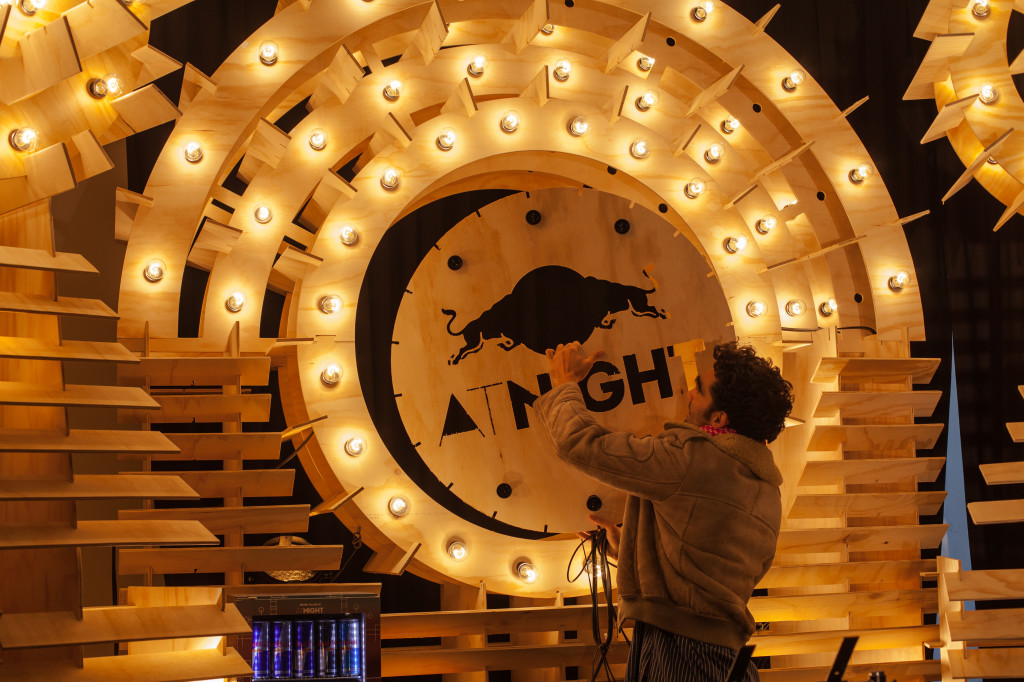 During the two nights BYBORRE will experiment together with the experts from different fields. The famous Milanese experimental chef cook Misha Sukyas will serve ground-breaking dishes, will light designer Meeus van Dis and design collective La Bolleur play with the sight and the French Nose perfume maker will be flown into stimulate the nose. 4DSOUND & King Shiloh Sound system will take care of the sound, Mike Richters and Mr. Wix are in control of the music program and textile studio BYBORRE is taking care of the overarching concept. The actual ‘connecting’ of the five senses will be realized through the technology of the Distributed and Interactive Systems Group of the Centre of Math and Informatics (CWI) – also called the sixth sense during Red Bull at Night Playrooms.