My favorite gadget at the moment!!! The Wireless Audio 360 by Samsung. The cutting-edge home audio device utilizes Samsung’s proprietary ring radiator technology to distribute sound evenly in all directions, filling a room with rich, ambient audio.

This is the first product to be developed out of Samsung’s Audio Lab in California, U.S.A., which was established in 2014 as part of Samsung’s commitment to world-class innovation in audio technology. Samsung’s proprietary ring radiator technology and sound-tuning technology were developed at the Audio Lab, in an effort to enhance the user’s listening experience – through equal sound distribution and through a reduction in sound distortion.

Additionally, the Wireless Audio – 360 features a futuristic “Object Design,” concealing the speaker unit while providing users with a greater ability to integrate the product into any modern home. It also boasts a contemporary oval shape, consistently linking back to its 360 degree sound distribution capabilities.

To provide an easy and convenient way to control your listening experience, the Wireless Audio 360 features wireless connection with mobile devices via Wi-Fi, and can be controlled using Samsung’s Multiroom App, which is very easy to use. The Multiroom App can control a multi-room sound system, which may include other devices connected to the same wireless network, such as a TV or Soundbar. 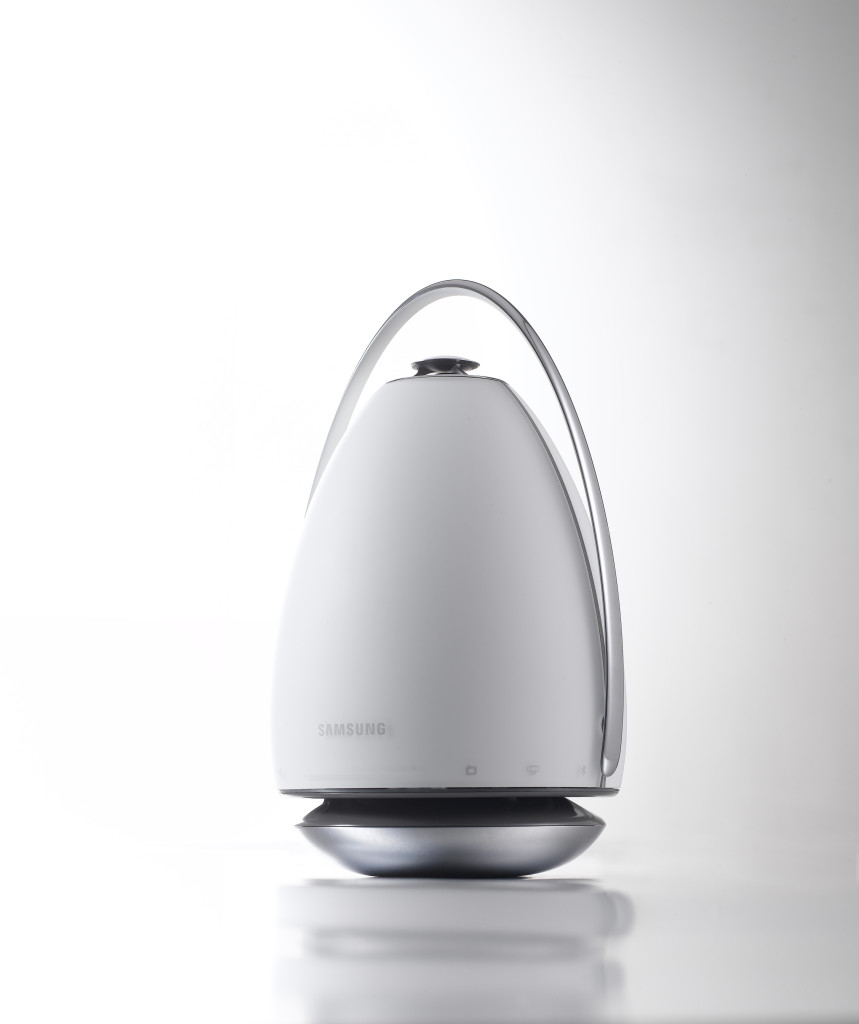